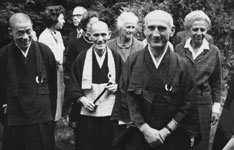 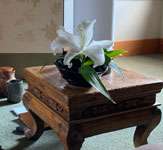 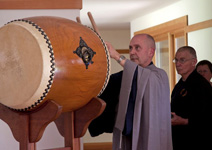 Founded in 1966 by the late Roshi Philip Kapleau, author of The Three Pillars of Zen, the Rochester Zen Center is one of the oldest and largest organizations dedicated to the practice of Zen Buddhism in this country. In 1986 Bodhin Kjolhede was formally installed as Roshi Kapleau’s Dharma-successor and Abbot of the Center. In 2021 Roshi Kjolhede sanctioned John Pulleyn as a fellow teacher and Co-Director.