On the path of Zen and transgender: personal reflections on suffering, searching for peace, healing 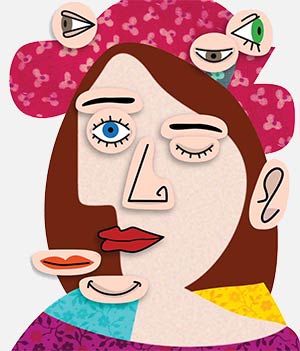 For whatever reason, staring at the wall and counting your breath negates suffering. A dose of raw reality.

Growing up I always got along more with girls. I stayed just friends, didn’t know why. I was a master at steering away from things that would make me confront my underlying gender stuff. I spent most of my childhood staring at screens playing every Nintendo game ever made and browsing the internet. There was a period at about age 11 or 12 of looking at myself in the mirror. I just saw this gross miserable thing. Raw reality. I was put on male growth hormone because I was diagnosed with some kind of dwarfism. Male puberty was terrible.

I’d often choose the female characters in video games. I spent a lot of time in elementary school playing Animal Crossing on my Gamecube. I could be myself in this cute little life simulator. Everyone called me gay. Now in 2018, everyone is gay and plays Animal Crossing.

At age 15 I went on a trip to Japan. I was staying at the Imperial Hotel in Tokyo; there were kimonos in a drawer in my room. I put one on. As soon as the fabric hit my skin it was like an atom bomb went off. I didn’t know clothing could feel this way. The wall began to crumble.

It was around this time I went to my first Phish concert, and more on that in a bit. I saw the movie “Scott Pilgrim vs. The World” in the theaters. Every time Ramona Flowers was on screen I’d get this feeling of wanting to be her and not with her. The manic pixie dream girl.

(The next year my English teacher looked like Katy Perry. Something was up. I didn’t know what.)

When I was 17, my family fell apart and my parents got divorced. I was browsing Reddit and saw a picture of a transwoman’s transition timeline. I looked at it and just knew. You could see her get so much happier as time passed.

I experienced a feeling of joy, horror and “What the hell am I going to do now?”. Raw reality. My life was headed in a completely different direction than I was expecting. The more I fell down the rabbit hole the more uncomfortable and disassociated I found myself with my own body.

Due to these difficult circumstances, I just became obsessed with seeing Phish as many times as possible each summer. They are like musical heroin. I got my friends hooked, much to the music teacher’s dismay. We wouldn’t shut up about it for the last few years of high school. I had found my freaks. The only times I was truly happy as a boy was at their shows.

At 19 after constantly begging for parental consent, I had an appointment scheduled with a therapist who would write me an approval letter so I could be prescribed estrogen by an endocrinologist. As I was presenting male at the time, within a few months people got confused by me. Someone at a show didn’t believe it was me. I found a lot of joy in confusing people in that period of time. At the time this kind of thing wasn’t on most people’s radar.

I could feel the estrogen fill in my cheeks and chest. I could look at the mirror for once and smile at the person looking back at me.

After a mental breakdown in college I was diagnosed with Bipolar II. I moved back home and made friends on a dating site with a girl who is a theistic Satanist. This kicked off the spiritual exploration in my adult life. She is my best friend.

I started meditating for ten minutes a day. I experienced some stability for a time due to this. But I stopped doing it after three months. It wasn’t until about a year later, while pulling yet another all-nighter, that I realized that meditation for longer periods would bring stability. I sat for 30 minutes, but that wasn’t enough. One hour, two hours, I capped it at three. Went to an introduction to practice workshop hosted by Susan Rakow at the Cleveland Zen Group.

She told me I should check out the work retreat at Chapin Mill. I got to Rochester and I just knew. A month later I moved into the Rochester Zen Center as a resident.

I have been a resident at the Center for nearly six months now. Finally feel like I am healing. The world around me is getting FedExed to hell and that’s okay.

A few weeks ago I returned from sesshin to find out that a transwoman who I looked up to in the Phish scene had passed away. She’d followed her dream even though people were mean to her about it. Then she beat them over the head with it. She had mastered the art of trolling—to the point that now that she’s dead people think she faked her death. Someone said to me, “Wherever she is right now, she’s laughing.” She was my hope in high school—it was possible. The best troll is living well.

She killed herself. The transgender suicide attempt rate is way too high. It’s estimated 32% to 50% of transgender people attempt suicide. Seems like even she had a breaking point, strong as she was. The reason for the high rate is social stigma, and the dread of knowing every goddamn cell in your body is wrong. I don’t miss testosterone. Not feeling sweaty and gross anymore.

I think if I had found Zen at a younger age I possibly could have found peace with the gender stuff without having to fall down the rabbit hole first. Now that I’ve had a taste of presenting as female and have been taking estrogen, I’m not turning back. Four years into estrogen and I can barely remember anything from before I was 19.

I recently changed to using a bench during sittings and I’ve been feeling a lot better without having to think about what’s between my legs. Some days it’s hard to get myself into the shower. I can feel like the nerve endings of what is supposed to be there but my body doesn’t match up. I wouldn’t wish this fate on my worst enemy.

It is my duty to teach those around me and also support others who walk this path. This is what a woman looks like in 2018 and we’re not going away.

I have no doubt that Zen will over time, help me find peace with the circumstances of my birth.

And by themselves false views will go. / / /

Rebecca Bird is a current resident at the Rochester Zen Center. When not confusing old people with weird niche humor and pop culture references, she is often playing guitar or writing.