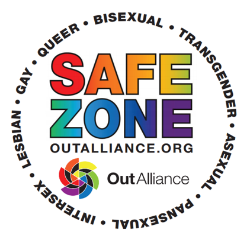 As one of several diversity initiatives that are underway, the Zen Center will hold a Safe Zone training session for those who serve in leadership roles, including staff members, trustees, and residential trainees. Led by facilitators from Rochester’s Out Alliance, the four-hour interactive workshop will focus on developing LGBTQ+ inclusive language skills, understanding the spectrum of sexual and gender identity, and finding other ways to cultivate an inclusive environment at the Center. Along with this training, the Center is taking other steps aimed at LGBTQ+ inclusivity, such as building an all-gender changing room and enhancing membership, sesshin, and training applications to include a question about gender pronouns.

Diversity coordinators Donna Kowal and Dene Redding have several other projects in progress. New books will be purchased for the library with the goal of creating a “Buddhism and Diversity” section, and plans are in motion for conducting another workshop on implicit bias and white privilege. While Dene and Donna have mainly been focusing on the Center’s internal operations for the time being, their work will eventually spill over into wider Sangha and community engagement.