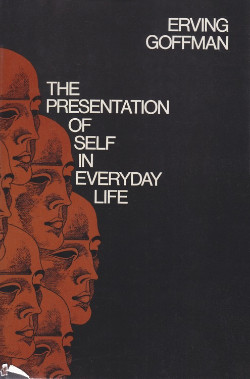 What it’s about: The central idea of this classical work of sociology is that people are constantly engaged in a process of “impression management” to project a favorable view of themselves. We achieve this purpose by having a collective “definition of the situation,” where all agree on an expected outcome defining how everyone should behave. The projected views and outcomes vary depending on the groups we interact with and the setting of the interaction.

Why it’s worthy: In 1998, the International Sociological Association listed Goffman’s book as the tenth most important sociology book of the twentieth century. What does sociology have to do with Zen practice? Remember this saying of Dogen: “To study the Buddha Way is to study the self; to study the self is to forget the self; to forget the self is to be actualized by myriad things.” An aspect of the self is the persona, which Jung described as “a kind of mask, designed on the one hand to make a definite impression upon others, and on the other to conceal the true nature of the individual.”

This is the point where we start to feel who we are and can move in the direction of being either truthful or deceitful in a direct, personal way.

In The Moral Animal, Robert Wright posits that consciousness is largely “a press agent” singing our praises. Darwinian anthropologist Jerome Barkow similarly argues that the primary function of the self is impression management instead of decision-making, as is commonly believed.

Goffman uses the metaphor of theatrical performance as a framework for detailed analysis. He addresses the functions of setting, manner, front, backstage, and appearances, as used in the theater and replicated in social situations. Meticulous research covers the interaction of black Americans with the white ruling class in southern states, the use of status symbols in the Anglo-Saxon world during “performances” designed to establish claims regarding non-material values, and how public officials incorporate and exemplify the officially-accredited values of their societies purely for effect.

Goffman’s work, in sum, aligns with Wright and Barkow, as well as the oft-quoted Shakespearean claim that “all the world’s a stage.” However, Dogen’s observation suggests that, whatever the role(s) we play and how we play them, adherence to the truth in the presentation of ourselves in everyday life affects our practice.—Amaury Cruz