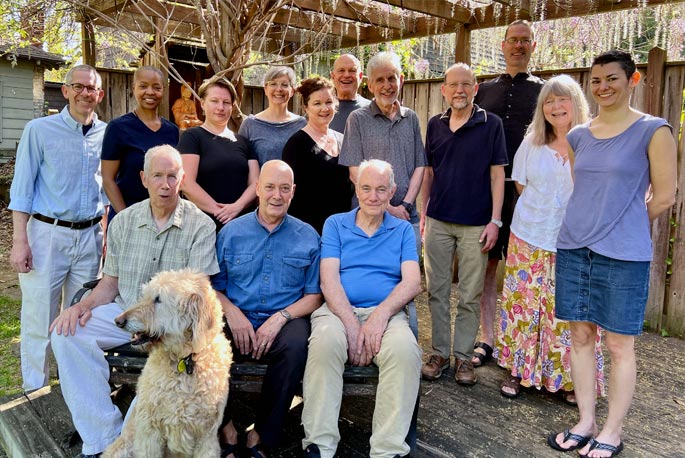 Officers of the Zen Center include two co-presidents, a vice-president, secretary, assistant secretary, and treasurer, all of whom are elected by the Board of Trustees.

You may contact the Center’s trustees and officers by sending an email message (trustees@rzc.org).

(pictured above: front row, from left to right)

(back row, from left to right)

Jonathan Hager (Trustee and Board Chair)